Eve and Kevin were hankering for an adventure. We wanted to do something to celebrate Kevin's graduation from college. I suggested a long weekend in San Diego. They quickly nixed that and a week later I got a text message saying they had decided we were going to China in three weeks. While not my first (or second) choice, I threw myself into the adventure by reading and learning about this big red machine.

Here are some notes from our trip.

I know of two definitions for BJ one was the name of our first Golden Retriever and the other is a sex act that I might not choose to broadcast on clothing if I were a teenage girl. But I kept seeing this shirt wondering if China had a huge sex worker trade and this was how people advertised for clients. It wasn't until we reached Shanghai at the end of our trip and saw girls wearing the same design that said I [HEART] SH that we concluded that SH stood for Shanghai and BJ must have stood for Beijing. 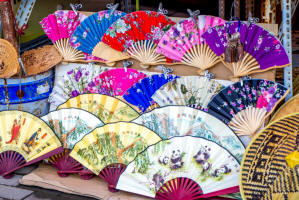 There were a few I think I understood: